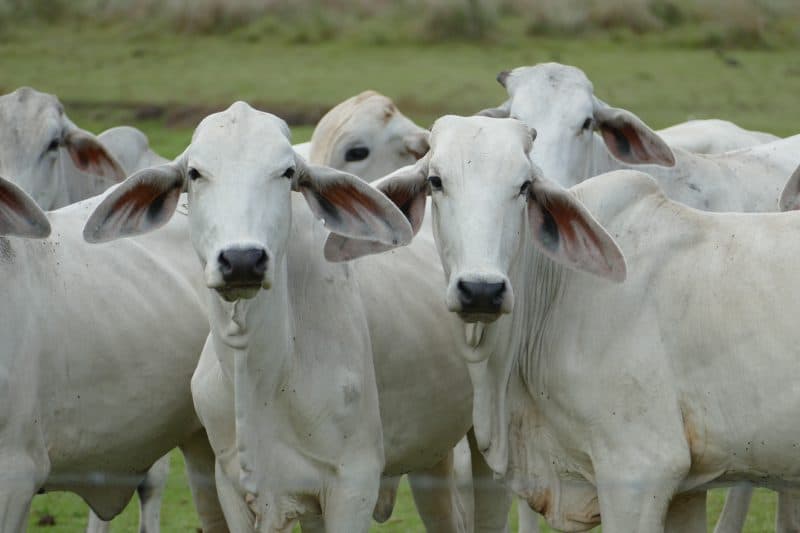 What is the Llanos?

A warning in advance to the reader: this blog will be a little longer, because there is a lot to tell. The fever for Colombian travel could infect you immediately! And no, once again it was not a holiday for me ;-(

Casanare is similar to the wild west of the USA. With its main industry being cattle, the number of Cowboys on their horses is staggering. The area is huge, with an area of 44,640 square kilometers that stretches towards the Venezuelan border. The area is roughly the size of Switzerland.

The region has also benefited from oil reserves in the past, but after the price correction a few years back, the industry has taken a hit, as provisions for the future were lost. Tourism is another industry in the region but is irrelevant to the area’s economic performance. The climate is hot throughout the year, and there are rain and dry seasons.

Would you like to learn more about the Colombian Llanos of Casanare? Feel free to consult our Llanos Colombia Travel Guide.

Driving to Yopal in Casanare Colombia

After our 5-hour drive on a Saturday, we had a refreshing beer and a siesta. In the evening we attended a birthday party for a cousin of Eduardo, a man who is like my Colombian brother. His cousin was turning 15, and I learned that this was the most important birthday for a young girl. Accordingly, the party was big. My Zwinglian soul made me feel a bit strange, but I jumped over my shadow pretty fast. The property was impressive with a beautiful garden, a pool, a disco, horse stables, a main and guest house etc. The whole evening was choreographed with presentations, dance groups, DJs, and a lot of food. The only flaw was that eventually the alcohol ran out. They sure know how to celebrate in Colombia, that’s for sure! in.

On Monday I met with Julia and Andres. They were my local partners on site. Andres grew up in the region, and Julia is German. They met and got married in England and have been working in the Colombia tourism industry for several years. My aim was to test the various activities and to get an impression of what they had to offer. The following day they invited me to their finca.

On Tuesday 05:30 morning I picked Julia up, Andres had already driven up to repair a broken water pipe. We first went to the market to buy breakfast. After an hour’s drive we arrived at the finca. Andres was just collecting the horses. When he galloped in cowboy style with a herd of horses, I was very impressed. He greeted us warmly and after I had taken rubber boots, it could start. But first I had to catch my horse, which was more difficult than expected. After 100 attempts, my lasso was around the neck of the horse and I could call it mine. Then we had to groom the horses and the saddle and harness could be mounted. I then got an introduction how to steer and how to make a gear change. I did several maneuvers on the spot and everything seemed to work. Only my horse was the only one with automatic transmission, because as soon as I loosened the brake, it started to move. Otherwise, the beast was absolutely good-natured.

We set out to explore the grounds. Andres ahead and we afterwards. It went first into a forest and then to a river. Again, and again we stopped and received explanations to various flora and fauna. At one edge of the forest we finally stopped for a short walk and explored on foot. We were looking for a particular bird, but apparently it did not seem to be home. There were monkeys in the trees, and they watched each of our steps carefully. I was thrilled and took pictures right away. I felt like a little boy in the zoo! Back on horseback we passed over open pastures and curious cows. It was time to test my horse’s top speed. Conclusion: horses are very fast, galloping is exhausting for the rider, and it is incredibly fun! So, after riding and becoming exhausted I was riding normal speed again. Then we set out to ride in a river. This is also an experience that I can recommend during holidays in Colombia to anyone, it’s just great. After returning to the finca there was breakfast and I said goodbye to the two.

Sites of interest in Casanare Colombia

On Wednesday I visited some villages in the area to see if a visit is worthwhile for tourists. Although coffee and cocoa are produced, the municipalities do not shine with outright beauty. The landscape, however, is the finest.

On Thursday I had to get up again at five in the morning, because I had a date with Seco, a local guide. I met him at a crossroads near Trinidad (in Colombia you can find all countries and cities of the world ;-)) and it turns out that we had met almost 2 years ago. At that time, he was doing a demonstration of how to swim across a river on a horse. His nickname is also “El gran Llanero”. Years ago, he participated in a 3-week competition. There he had to master all sorts of disciplines like riding, catching cows, driving cows, catching anaconda, orienteering, river crossing with animals and much more. In any case, his eyes beamed with his stories. Besides, like many Llaneros (Llanero is called the whole region) he is also always barefoot.

A Llanos Safari in Casanare Colombia

I packed Seco in my car and drove to the first hato. So far, I was only partially convinced of the tourist potential of the region, but after experiencing Colombia biodiversity firsthand in the region, I am convinced of the region’s potential. We saw a variety of birds, capybaras, caimans, deer, cows, horses, turtles, lizards and much more. It was about how to imagine a safari in Africa. Far away from streets and buildings, in the midst of nature, a variety of different species of animals gather around the waterholes. You do not have to search; it is presented to you on a silver platter. And Seco knows them all, the plants, the animals, as well as any information on any questions about it. This safari was one of the nicest things I have ever experienced. I will certainly send my parents there in the future. After being on the road all morning, we drove to a smaller finca in the afternoon to round off the day with a canoe ride. A unique spectacle takes place towards evening, when the birds settle in different colors and forms on the trees on the riverbank.

Flying to Hato La Aurora in the Colombian Llanos

On Friday, the highlight was on the program, visit of Hato la Aurora. My Colombian family forbade me to go by car. Apparently, the ELN (Ejercito de Liberacion Nacional) recently left the negotiating table and started some skirmishes in the region. The ELN is much smaller than the FARC and the peace negotiations are currently under way. So, I decided to charter a plane and fly there, so I invited Julia to come along as well. In general, I can say, the arrival by plane I generally recommended, as there is a slope on the Hato and the flight over the area is simply spectacular. Prices are also reasonable.

Hato la Aurora is huge and densely wooded. With around 5,000 cattle, it is one of the larger farms in the region. The owner family decided several years ago to protect the nature and the animals. Accordingly, the area is also home to jaguars and pumas. Truly, the area is beautiful with a lot of animals. A dream for all enthusiastic wildlife watchers and photographers. It also offers a variety of activities such as fishing, anaconda search and catching, night tours, etc. The only downside, however, are the accommodations. Although the infrastructure in general is pretty nice, when entering the rooms you get a cold shiver. The quality of the accommodations I would compare with that of an old, run down motel. Personally, I would prefer a night in a hammock, which is also on offer. Furthermore, the prices, I have to be honest, are absolutely outrageous. The situation is probably explained by the fact that the Hato currently has a kind of monopoly position. However, this is guaranteed to change over the next few years. Other providers are already in the starting blocks to receive tourists and offer spectacular tours for reasonable prices. La Aurora will therefore have to close the divergence between quality and price in the coming years, we will see.

In the future, I will actively market Casanare. Nature, animals, food and people are just awesome. Colombia holidays as a cowboy or safari travel, a trip is worthwhile in any case.