The department of Nariño shares the border with Ecuador to the south, limits to the departments of Putumayo and Cauca to the east and has a coastline with the Pacific Ocean to the northwest. Nariño has a wide variety of climates and a very diverse geography. It has five active volcanoes on its territory, which makes it the most volcanic department in Colombia.

Depending on the altitude above sea level, the climate becomes hot in the Pacific plain and cold in the mountainous part. Its capital San Juan de Pasto is situated at an altitude of 2,500 meters above sea level.

Nariño is focused in agribusiness and its economy produces potato, barley and wheat crops, as well as livestock, mainly in the highlands of Túquerres and Ipiales. It is also the cradle of one of the best coffees in the country. Similarly, the department has some intense commercial activity due to its proximity to the border. San Juan de Pasto is just six hours by road from the city of Quito, capital of Ecuador.

Nariño is also home to the indigenous Pastos community, which used to occupy most of the inter-Andean region. The tradition and culture of this culture are still preserved in the architecture of some peasant-style dwellings.

In recent years tourism has developed strongly in the department. Its great cultural and gastronomic diversity and especially the traditional Carnaval de Negros y Blancos has attracted many visitors.

The Carnaval was also declared an Intangible Cultural Heritage of the Humanity by the UNESCO. Nariño is the perfect mix between cultural and natural wealth. Visitors can either contemplate volcanoes, giant lagoons, dense and exotic vegetation or ancient churches that document the colonial past. Visitors can experience the warmth and kindness of its inhabitants and try authentic local gastronomy, such as the “Hervido Pastuso”, a typical drink made with fruit juice and sugarcane liqueur.

Anyway, as a Bogota based travel agency we will give you the best advise you will find about Colombia. 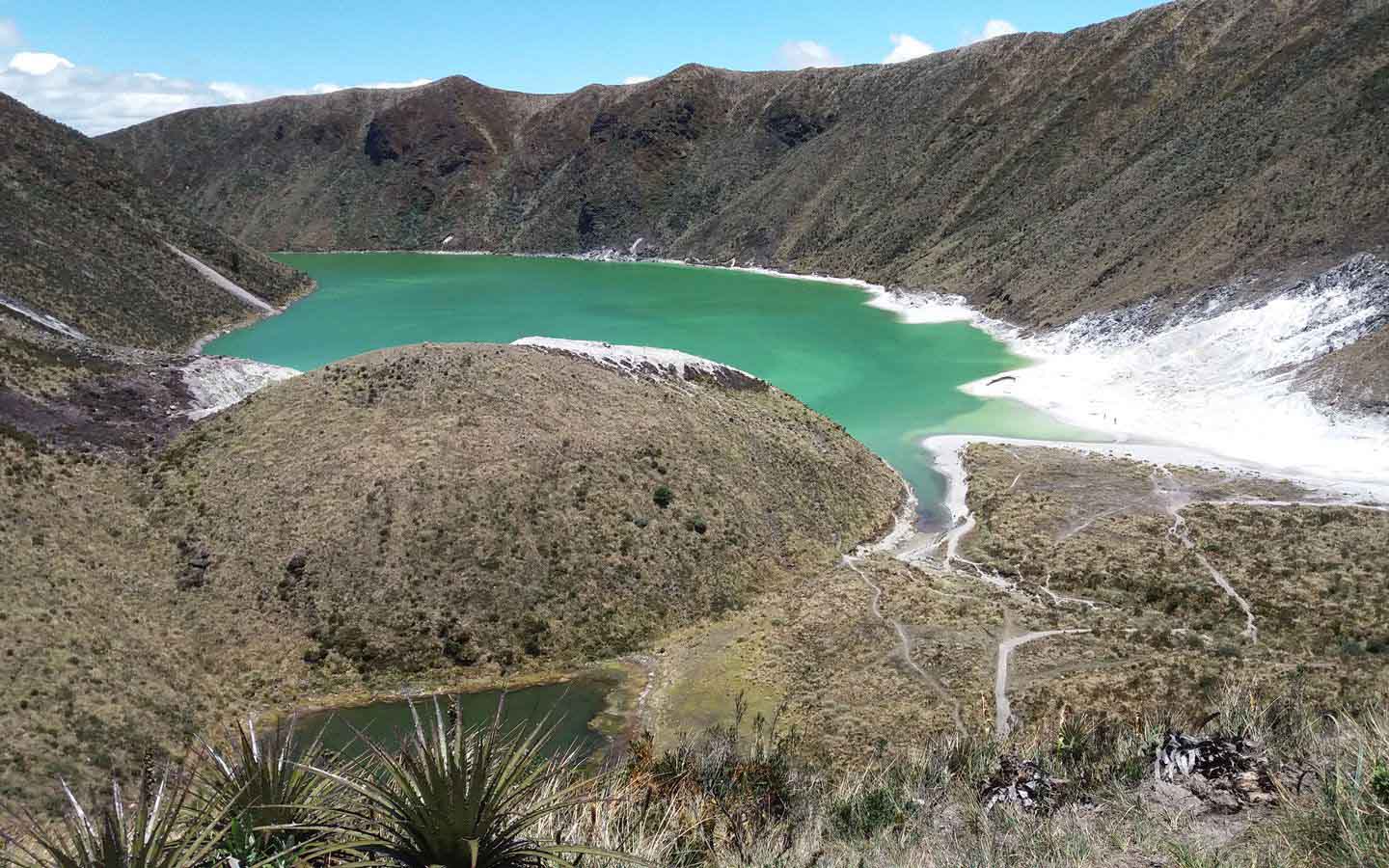 The average time to the main tourist destinations of Nariño from Pasto is 2 hours. Due to its topography most roads consist of many curves.


By air, the department can be accessed through the Antonio Nariño Airport, located 27 kilometers from the city of Pasto.

Festivities and events in Nariño

Feast of the Virgin in La Cocha, Carnival of Fire and Afro-Colombianness

Meeting of Music of the Pacific, Festival of Music and Dance San Luisa Gonzaga

The main tourist destinations and main cities of Nariño are at altitudes ranging between 2,000 and 4,276 meters above sea level. Visitors are advised to acclimatize before doing any physical activity. Sun protection should be used at any time. The temperature in Nariño is cold.

The Pacific coast of Nariño is hot and humid. Whale watching season is between July and November. However, the coastal region of the department is currently not safe to travel to. 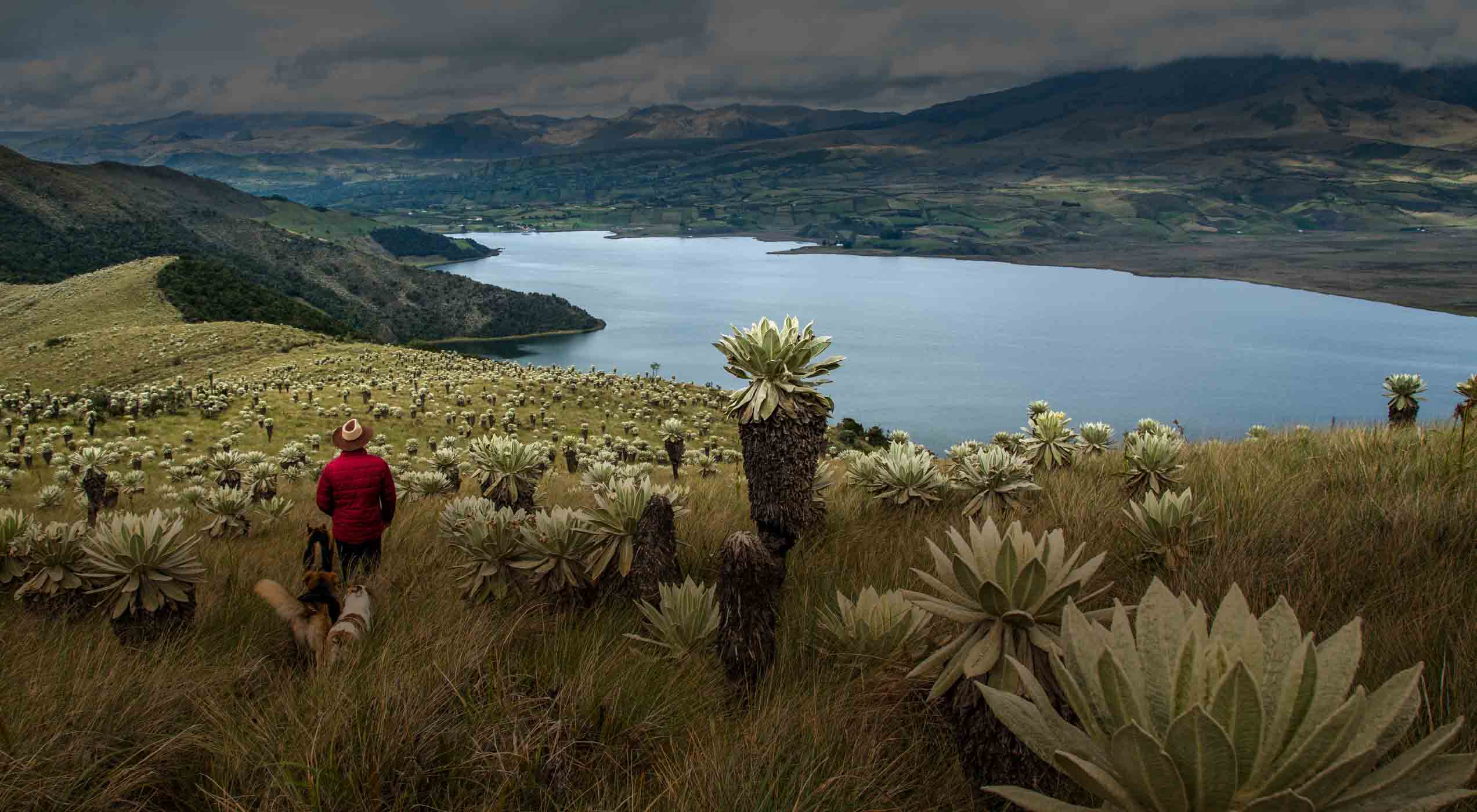 Sanctuary of Our Lady of Las Lajas

Located on the Guáitara canyon, this imposing neo-Gothic building was erected in honor of the image of the Virgen del Rosario, which was discovered around the year 1754 by an indigenous woman named María Meneses and her little daughter Rosa. Since then, four churches have been built over the years, with the current sanctuary being the last construction, completed in 1948.

Today the sanctuary receives thousands of pilgrims each year. They are attracted not only by faith and devotion to the virgin, but also by the stunning architecture of the building. It was built on top of the original stone which measures 3.20 X 2.30 meters. On this stone the image of the virgin was found. Thanks to its history and the magnificence of its construction, the Sanctuary of Our Lady of the Lajas is considered by many the most beautiful church in the world.

This lagoon with a unique emerald green color is located at the top of the Azufral Volcano, at 3,900 meters above sea level in the mountainous sector of the Nudo de las Papas. After a walk of about 2 hours you can see a beautiful view of the landscape of Nariño from the top of the volcano. (Temporarily closed for recovery and environmental conservation).

The center for environmental research and education is located 4 km from the city of San Juan de Pasto. Visitors can enjoy long ecological trails, visit the animal museum with more than 700 species donated by the University of Nariño and the Champagnat Educational Institution, visit the orchid garden and have an olfactory experience in the herbarium, among others.

After the Tota lagoon in Boyacá, the Cocha Lake is the second largest natural lake in Colombia. The local indigenous people consider the Lake a sanctuary. They affirm it the second highest energy after Machupicchu in Peru. The sanctuary is credited with the ability to generate a very positive telluric energy for men and nature. The Island de la Corota Fauna and Flora Sanctuary is located in the north of Laguna de la Cocha and is part of the complex environmental system of the latter. Visitors can do boat trips, see the rich fauna and flora of the place and taste the typical gastronomy. Specialties are rainbow trout and delicious handmade sweets.

The park is home to an extensive mangrove ecosystem, equivalent to 53% of the mangroves in the department of Nariño and 20% of the Colombian Pacific. This ecosystem is the basis of feeding and reproduction of several marine and estuarine species and the nesting place of different bird species.

With an altitude of 4,764 meters above sea level, it is considered the highest volcano in southern Colombia. The lagoon extends in the skirt of the volcano, located 79 km from Pasto. The lagoon has a natural reserve of plant species and is characterized by its gray and cold waters and its lack of waves. Visitors can contemplate the fauna and flora during a boat ride.

This natural wall is located at 4,276 meters above sea level. Around this active volcano you will find the Sanctuary of Flora and Fauna Galeras. The great importance and richness of the reserve is reflected in the wide variety of flora and fauna. Species corresponding to the ecosystem of páramo, high tropical and Andean forest can be found. It also has lagoons and different water sources that supply the local aqueducts. Visitors can ascend to the crater by walking through a fairly steep terrain. Once there, you will be able to observe close to 100 species of birds, such as cockatiels, owls, tiles, eagles and 16 varieties of hummingbirds.

Basilica of Our Lady of the Rosary