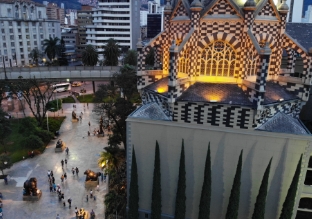 Medellin has been consolidated since the last decade of the twentieth century as the second Colombian city, by having the largest number of inhabitants after Bogotá.

Medellin has a fortunate geographic location in the widest part of the natural region known as the Valley of Aburrá, located in the central mountain range of the Colombian Andes. The area is rich in water sources such as the Medellin River, which runs through the Valley from South to North, a condition that gives the city pleasant temperatures ranging between 14°C and 26°C. This spring climate of the Eastern Antioquia protects the different floral crops that give the region the privilege of being the world’s second producer and exporter of flowers, which is the reason why Medellin is known as the “city of the eternal spring”, “mountain’s capital” and “silver cup”; polite expressions with which its inhabitants have tried to extol its virtues.

When you travel to Colombia, Medellin is nested in the middle of Colombia as an innovative and attractive city, not only for its commercial and industrial activity, but also for its eventful cultural and night life. Medellín is an economic and fashion capital, as well as an open-door city with friendly people, full of history and endless traditions to discover.

If you are looking for even more information we can recommend you to check out our Medellin Travel Guide. Anyway, as a Bogota based travel agency we will give you the best advise you will find about Colombia. 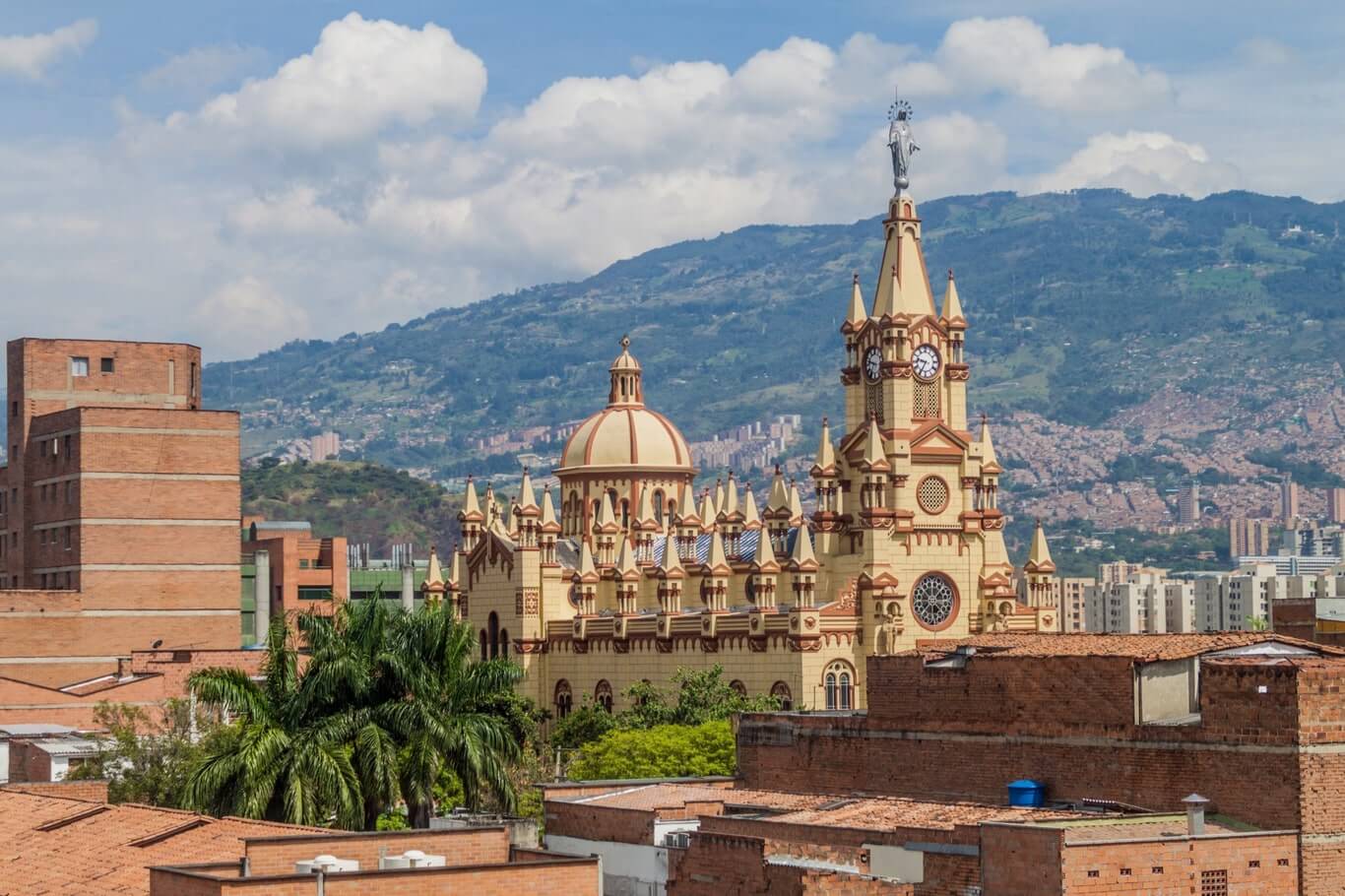 Medellin has a modern public transport system, such as Metro and Metrocable, which are recognized in the country for their quality. In addition, you can appreciate beautiful views of the city.

The international José María Córdoba airport is 50 minutes away from the Plaza de Botero, while the Enrique Olaya airport is just 20 minutes away. Keep in mind that these times may vary depending on the traffic.

Festivities and Events in Medellín

Festival of the Flowers

Due to the altitude of the city (1500 meters above sea level), the sun’s rays are strong, therefore we recommend you have constant sun protection.

The average temperature is 22°C with 68% annual average humidity while the rainiest month is October, it does rain throughout the whole year. 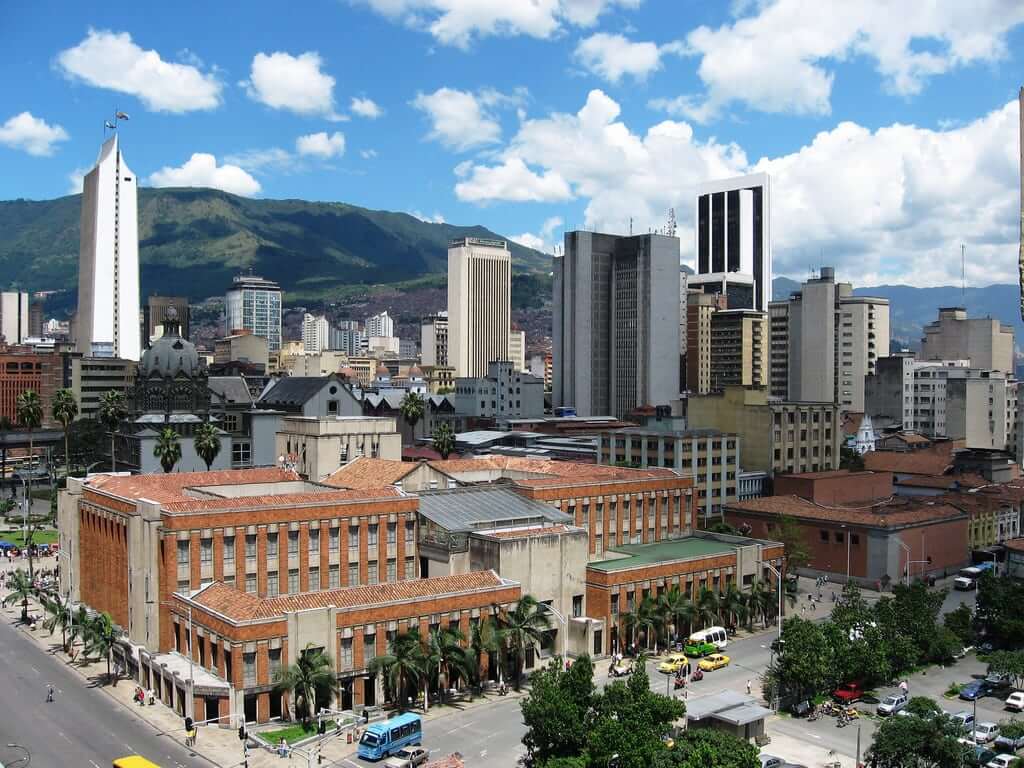 In this square 23 artworks of the famous Colombian artist Fernando Botero are exhibited, as well as two fountains made by the master. This emblematic square is a great place for a walk outdoors.

It is considered an oasis in the middle of the city, because you can enjoy pure water filtered by Empresas Públicas de Medellín. The most common activity is submerging your feet in the water and walking on the sand in the park. There, you can enjoy a guided tour, which starts with a Guadua forest and ends with a whirlpool in the water wells.

It is a faithful replica of an Antioquenian village at the beginning of the twentieth century. It is at the top of the Nutibarra hill and different handicraft stores operate inside.

Approximately two hours away from Medellin is the Guatape Reservoir. This gigantic artificial water reservoir is one of the main attractions in the area, because it offers a beautiful view from the top of the big stone called “El Peñol”. In this place, the visitor can practice water sports, such as jet skis, fishing and water skiing, among others.

When you travel to Colombia, make sure to visit Bolívar, the world’s biggest church made of brick. Located on the north side of the central park, more than one million pieces were used for its construction. In its neo Romanic architecture, there are art and architectural treasures that are much appreciated by experts. One of the Cathedral’s most distinguished attractions is the Holy Christ of Forgiveness, painted by Francisco Antonio Cano.

It is one of the most important and famous hills in the city, also considered the largest natural park in the urban perimeter. The main attractions in this hill are: Pueblito Paisa, the open-air theatre “Carlos Vieco” and the Sculpture Park.

After living a difficult story, thanks to the violence caused by drug trafficking, we find a neighbourhood where residents, tired of this violence, decided to work to improve their quality of life and especially the future of their young people. This is a neighbourhood that shows that through art and community work, a solution to the conflict is possible. It also offers an impressive view of the city.

This leafy ecotourism park has ecological and indigenous trails, picnic and camping areas. In this park, there are also the ecological parks Comfama Arví and Piedras Blancas. To get there, you can take the tube and then, without exiting the station, take the cable car that goes over one of the poorest areas of the city. Both the cable cars and the escalators were installed by the local government to facilitate access to the residents of several poor areas in Medellin.