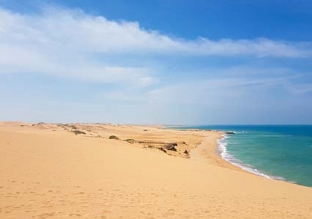 La Guajira is in the north of Colombia, in the northernmost point of the South American Continent. This peninsula is covered in much of its territory by deserts and memorable landscapes embedded in the waters of the imposing Caribbean Sea in the Colombian-Venezuelan territory.

It is inhabited by one of the most important indigenous communities in the country: the Wayúu ethnic group, who move around the territory without taking account of national borders. There, among songs, traditions and ancestral beliefs, this fascinating department extends its territory. It has a range of temperatures from 22° to 40°C and a wide variety of terrestrial ecosystems; from the Guajiro desert to the humid mountain jungle. On your Colombia tour, some of the main places to visit for those who want to immerse themselves in this important part of Colombia’s wealth include: Visiting the rural settlements where the Wayúu ethnic group lives, traveling to the salt mines in Manaure, the beaches in Cabo de La Vela and the dunes of Taroa in Punta Gallinas. Cradle of vallenato and mix of cultures, La Guajira served as an inspiration to our Nobel Prize in Literature, Gabriel García Márquez, for the creation of the magical realism.

If you are looking for even more information we can recommend you to check out our Guajira Colombia Travel Guide. Anyway, as a Bogota based travel agency we will give you the best advise you will find about Colombia. 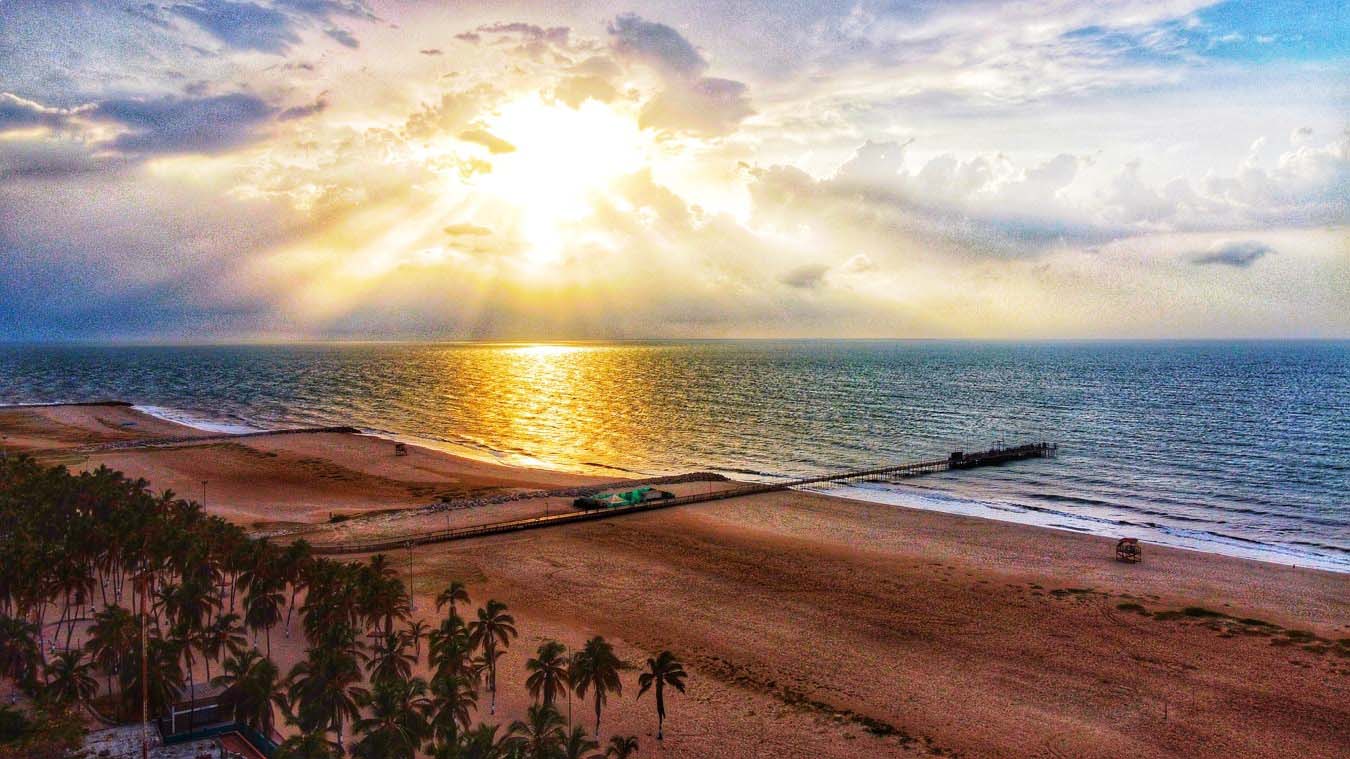 When you travel to Colombia, you must explore the main cities of La Guajira, when you first arrive in Riohacha. The Almirante Padilla airport is located 20 minutes from the Centre and only operates domestic flights.

A top destinations tour is carried out in a 4×4 vehicle due to the terrestrial conditions in the region.

Festivities and events in La Guajira

Festival of the flowers and the Calaguala.

Temperatures can rise to 40°C, it is a strong climate.

We recommend lightweight luggage in your activities and use closed shoes, because the sand can reach high temperatures.

In this beautiful headland, there is a green and blue bay with calm waters, as well as a large white sand beach. Thanks to its constant and strong winds, the place is suitable for the practice of kitesurfing.

In the northernmost point of South America, the visitor can enjoy a natural landscape composed by dunes, plateaus and rocky cliffs surrounding the Bahia Hondita. Punta Gallinas also preserves the ancestral traditions of the Wayúu ethnic group, considered as one of the best-preserved cultures of South America.

The home of the Wayúu Indians is distributed in small groups of houses, where families live with the same maternal kinship, located in the geographical landscape near the water wells. These settlements are the closest contact visitors can have with the ancient Wayúu culture. Here, visitors can buy handwoven hammocks and backpacks.

In this beautiful hill, the desert, beach and sea come together to offer a visual spectacle to all who dare to climb the impressive mountain. From the top of the Pilón de Azúcar, you can see stunning sunsets and breath-taking panoramas, excellent for landscape and photography lovers on their Colombia vacation.

From the top of the yellow pile of sand, the visitor can contemplate how the red desert melts into the clean blue Caribbean Sea and where the blue-sky creates a canvas that blends with the horizon.

In the centre of Riohacha stands this small square in tribute to the greatest naval hero in the history of the country: the admiral José Prudencio Padilla. Close to the beach and to different banking complexes, the visitor can enjoy a colourful walk through the handicraft stores that surround the place or take an illuminated walk through the pedestrian bridge that extends over the water of the Caribbean Sea.

This sanctuary is considered one of the richest protected zones due to its diversity of aquatic and migratory birds. In this territory, declared Colombia’s Cultural and Natural heritage in the year 1992, hundreds of birds, such as the elegant intense pink plumage Flemish, a main attraction of the place, delve into the waters of the Camarones river with their beak searching for food.

This green oasis in the middle of the semi-desert area of the Alta Guajira holds a unique ecosystem in bird biodiversity, a reason why it’s an Important Bird Area (AICA, in Spanish).

What stands out the most among other ecotourism activities on a Colombia holiday is the observation of exotic and engendered species.