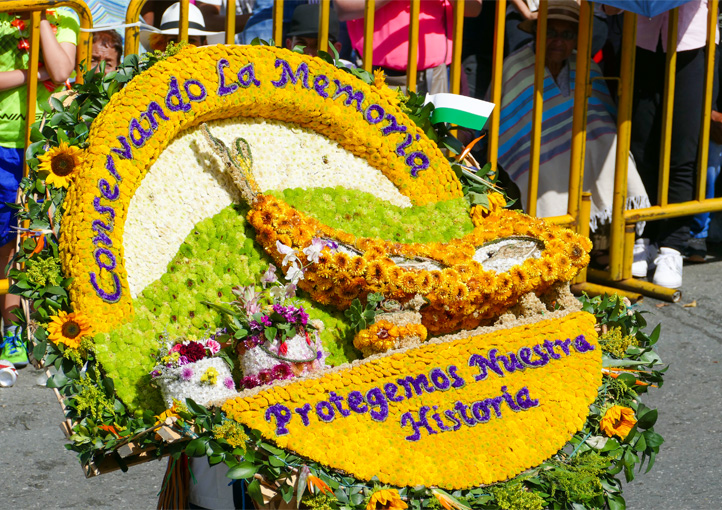 As one of the largest cities, Medellín has a variety of cultural and natural interest sites. Its parks, squares and museums are nationally recognized for their beauty and are undoubtedly a place to discover. Usually, the locals welcome visitors as if they were old acquaintances and friends who visit them.

One of the most important national festivals is held in this beautiful and organized city. In 2017, the well-known Feria de las Flores celebrated its 60th anniversary and was attended by nearly 800,000 people at the parade of Silleteros (Men and women carrying the flowers on chairs). This is the most iconic parade of the festival and with which the fair was born in 1957. 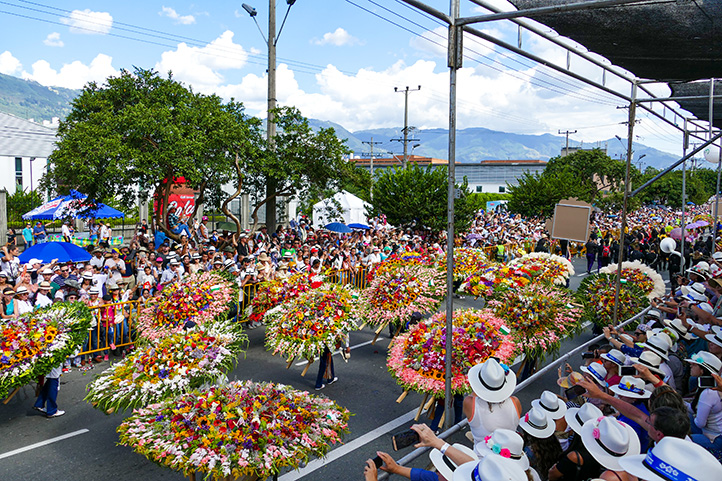 In its beginnings, the festival was celebrated in the month of March. This was not by chance, but because it was the month of the mothers. In Colombian culture, women have a primordial role in our lives, a legacy of our indigenous ancestors, whose cosmogony revolved around the female figure.

The woman plays a central role in our families as mother and head of the home, with the grandmother as a symbol of wisdom and strength. In its origins, the festival was a feast of feminine and fertility, also represented by the land and the products that it offers, among them the flowers. It is a celebration that celebrates life.

Without a doubt, the parade of Silleteros is the most recognized activity of the festival. Its origins date back to pre-Hispanic times when the indigenous people transported agricultural products on their backs. Later, these chairs were used as a means of transport for the Spanish elite, who used black and indigenous slaves to transport them on their backs through the difficult mountainous geography of the center of the country, as it was too difficult for animals.

Then, the chairs became the ambulances of the countryside and the mountains, and were also used to transport the flowers that began to take importance as an agricultural product in the middle of the 20th century. The farmers took the flowers to the city on market day and most of the time they bartered with them, returning home with the chair full of market produce for the week. 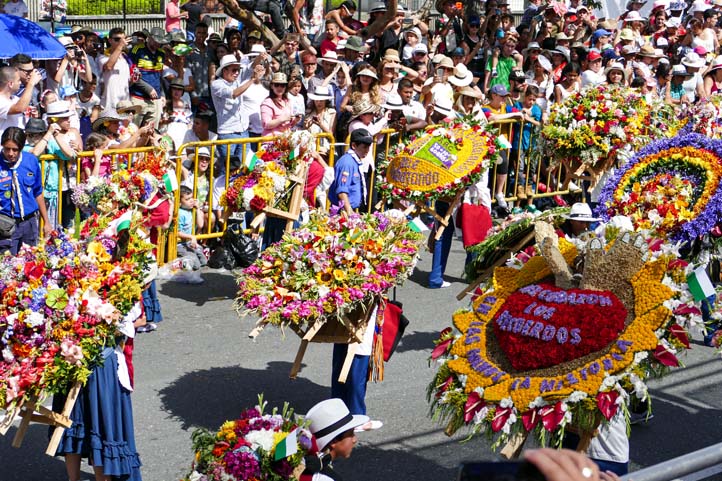 It is these peasants, heirs of the indigenous and Spanish culture, who even before the birth of the festival, were already admired by the inhabitants of Medellín when they went down very early in the morning to offer their flower arrangements for sale. By using these chairs, they won the title of “silleteros”. This tradition is passed from generation to generation, teaching children and grandchildren the art.

Since 1968, the festival has been celebrated in the month of August, commemorating the Battle of Boyacá, one of the most important battles of the independence revolution at the beginning of the 19th century.

The festival lasts ten days, opens and closes with fireworks and has a large variety of activities to offer. Among them are horseback riding, orchid competitions (we have 4270 species, of which 1467 are endemic and one of these species is the national flower of Colombia), traditional music festivals, parade of vintage cars, among other varied events in the different spaces offered by the city.

If you now already plan to travel to Medellin to participate in this great yearly returning event, you also should read our Medellin Tourist Information. In any case, if you need help with planning your trip to Colombia, write us an email and we will be more than glad to help you. We are a Bogota based travel agency specialized in unique customized travel experiences throughout Colombia.